It’s over, but not easily forgotten …

And yes, the bride did ride in on a cloud that day

Two years ago, on the third weekend in February, my son married the wonderful Kristen.

I teach beekeeping at a local college. Recently, one of my students, an experienced beekeeper, was stung three times while working a hive. She’s been stung before; she did not mention feeling any cause for alarm. As we were finishing up anyway, she said she was returning to the classroom (as were others, although trailing behind her.)

What then happened to her will forever change the way I keep bees and teach classes. 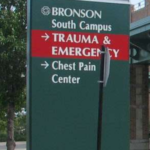 Through divine intervention, a student had (unusually) stayed behind in the classroom. They began chatting.  With apparent no warning to either of them, she lost consciousness. Anaphylactic shock. END_OF_DOCUMENT_TOKEN_TO_BE_REPLACED

The best and most effective step toward hive health is Varroa mite control. I recently heard Dr. Zachary Huang speak about dead colonies; he estimates 90% of all hive deaths may be traced to Varroa mites. Varroa mites vector diseases that shorten bees’ lives—resulting in fewer bees to fill up the cupboards for winter, fewer bees to keep the queen warm and soften honey for consumption in January, fewer bees to nurture brood when snow is flying in February. END_OF_DOCUMENT_TOKEN_TO_BE_REPLACED

“Spellbinding” is just one of the words I heard describing the nearly two hour presentation by Dr. Meghan Milbrath at the July Kalamazoo Bee Club meeting. With her frank, witty and friendly delivery, Meghan’s advice–backed by experience and research—offered something to all levels of beekeepers. “If I’d heard this talk my first year, I would’ve killed fewer bees,” a third-year beekeeper shared with me afterward.

Just a few of the dozens of key points Meghan offered:

When you can’t find the queen, you probably don’t need to buy another. Meghan went over the rationale and timeline for when a colony goes queenless, highlighting that understanding basic bee biology and patience are key. “The problem is typically not in the colony, but in the beekeeper’s expectations,” she noted. 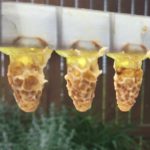 Queens in the making

END_OF_DOCUMENT_TOKEN_TO_BE_REPLACED

Bee season has started, but I’m not working hives. Instead, I’m in Oregon ever-so-attentively managing a single bee: our ba-bee grandson. His parents returned to work in April, and Grandpy and I have been here since. We’re totally enthralled with little Thomas. I don’t know how we’ll ever leave him shortly, but thank goodness for bees at home whom we suspect need some attention. (Special thanks to our beek friends checking them for us.)

Grammy and her future beekeeper 🙂

END_OF_DOCUMENT_TOKEN_TO_BE_REPLACED

I’ve done hundreds of package installs over the years, and wished I’d known about this less-stress, better-for-bees method years ago. Dr. Larry Connor recommended it to me; I now teach it in my bee-ginner classes and have used it very successfully.

Someone from one of my classes found a lovely video of this method (put box in vs shaking). While a bit long, it makes a very compelling case for the gentler method. Find it at: https://www.youtube.com/watch?v=T9qu-zMhtQ0

I invested in a new, vented suit for bee season, which seems to be approaching. There are tempting hints of spring, and I want to put on my suit and jump in the hives, but Mother Nature has other plans. 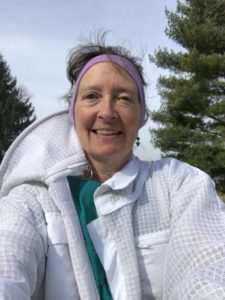 It could be several critical days or weeks until pollen and nectar are readily available. If you have the time and opportunity (weather-wise) to check on your colonies in the next few weeks, here are some things to consider:

— Add a protein patty: bees desperately need protein for spring build-up. A pollen patty placed atop the bars of the brood nest (be sure to stay close to the nest) might give them the critical protein they need as the weather comes and goes over the next month. Chances are their version of March Madness doesn’t focus on basketball–but rather how do they get enough protein to properly care for developing bees?

— Reduce space: if you had on three or more boxes, chances are that at least one might be empty. Minimizing space helps them keep brood warm. If you have one of those “three cups of bees” clusters that appears to be struggling, you may even want to reduce the colony to one box.

We’re tempted to remove the black wrap skirting and Styrofoam we use for winterizing hives, but we’ll probably wait until later April to do so. Mother Nature loves the way snow looks on tulips, so we could have more cold nights and fluffy white stuff. When we do remove the gust-protective skirts though, we’ll put slider boards back in to help the bees control temperature.

Chances are that you’ve lost a colony or two (or seven.) I’ve heard anecdotally of about 40% overwintering loss; it happens—especially if your Varroa were not under control. Here’s what we’re doing with dead-outs. And yep, we also had some, doggone it.

— Autopsy: to try and figure out why. (Chances are very good it is related to Varroa.) A tell-tale sign is crystallized mite urine, especially about the brood nest. Once we rule out American Foulbrood, we’ll evaluate the frames, foundation and boxes to see if their suitable for reuse.

— Drawn foundation less than three seasons will be re-used IF it’s not predominantly drone-sized. The queen will lay a fertilized (worker) or unfertilized (drone) egg according to the size of the cell her workers have drawn—and predominantly drone comb will result in more bees watching basketball then working. After about three seasons, the chemical load in wax is allegedly substantial, so that foundation will be destroyed. (We don’t use plastic.)

— Dead bees are brushed off, and if there is a lot of decay on the frames or foundation, we’ll discard. Otherwise, time in the sun usually handles mold issues and some sterilization. Let frames get plenty of air and sun.

— Boxes with heavy defecation are washed with a mild bleach solution, rinsed, and then allowed to dry / sterilize in the sun for a few days. We’ll also repair them if need bee.

— All frames are pulled out to ensure they’re solid–repaired if not. It is super-frustrating to encounter a frame of honey in July and try to pull it only to pull off the top bar.

— Honey frames are put in the freezer. We’ll save them to use in splits in a few months from our strong colonies.

Once we’re through our equipment overhaul, we’ll return to the couch and basketball, but continue to dream about the upcoming season …

In these dwindling days of 2016, we SW Michigan beekeepers wouldn’t normally know the status of our colonies. But Mother Nature wanted us to give us more to worry about than the peaceful transition of democracy and whether Detroit beats Green Bay. Temps in the mid-50s the day after Christmas allowed folks to pop the tops to check on their bees, and investigate further if they saw no signs of life.

And then there was great sadness. END_OF_DOCUMENT_TOKEN_TO_BE_REPLACED

Administrator’s Note: We welcome guest authors, and are featuring this insightful article from Brett Kozma, of bkbees.com. 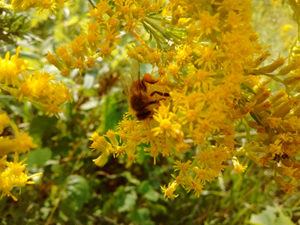 END_OF_DOCUMENT_TOKEN_TO_BE_REPLACED

A fellow beekeeper recently summarized it well: “It’s a bee-itch to love a bug.” So so so true, especially this time of year. 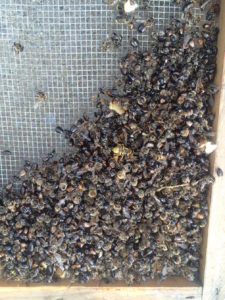 Bottom board view of a robbed-out colony

Mite counts are soaring–are you testing, and treating if need bee? A count can go out of control real quickly in a strong colony, because it may be robbing from weaker colonies (who have counts way out of control.) And there’s plenty of robbing going on, with the thieves not only wasps and hornets, but also friendly turned frenzied honeybees. END_OF_DOCUMENT_TOKEN_TO_BE_REPLACED